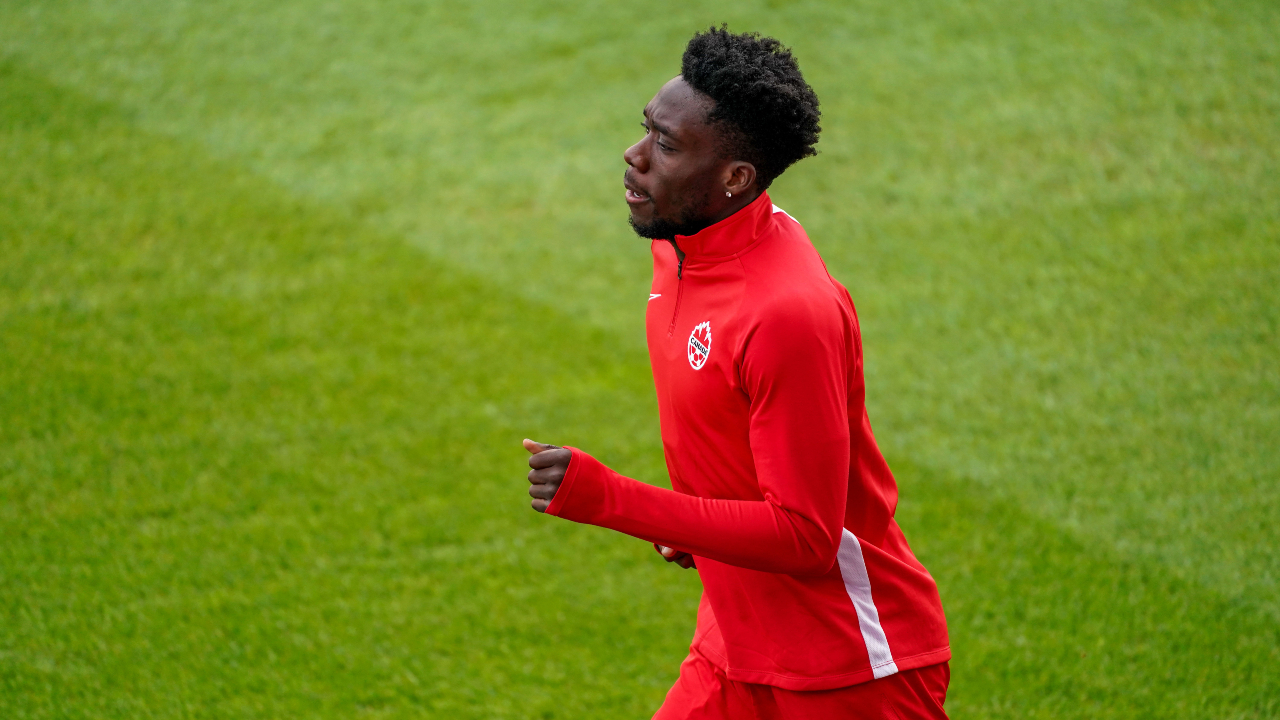 Canada’s preparations for the 2022 FIFA World Cup shift into high gear this month with a pair of important exhibition matches abroad.

Idle since June, the Canadian men’s team returns to action when it plays Qatar in Vienna on Friday in the first of two international friendlies. The Reds will also meet Uruguay on Sept. 27 in Bratislava, Slovakia.

Coach John Herdman is using these pair of games as tune-ups ahead of the World Cup, giving him a chance to test things out before the team travels to Qatar. After this international window, Canada will play Japan on Nov. 17 in Dubai in its final warmup match.

Can Canada cope against non-Concacaf nations?

John Herdman’s first game in charge as coach on March 24, 2018 saw the Canadian men’s team defeat New Zealand 1-0 in a friendly staged in Spain. That’s the last time Canada played a match outside of North America. The Reds’ previous game against a non-Concacaf nation was a 1-0 loss to Iceland on Jan. 15, 2020, in California.

Aside from those two contests, Canada has only faced Concacaf teams over the past four and half years. No doubt, Canada went on a magical run in the final round of World Cup qualifiers, getting the better of traditional Concacaf heavyweights such as Mexico, the United States, Costa Rica and Honduras, to punch its ticket for Qatar.

However, Canada hasn’t tested itself outside of its region since Herdman took over. As a result, we really don’t know how this Canadian team stacks up in the bigger soccer world. Beating Concacaf teams is one thing. But beating sides from other regions is another matter entirely.

In assessing Uruguay’s team, Herdman valued its roster — which features Liverpool’s Darwin Núñez, Real Madrid’s Federico Valverde and Tottenham’s Rodrigo Bentancur — at $400 million-plus. There’s no question that Uruguay will be the most talent-laden side that Canada will have faced during Herdman’s tenure in charge.

How will Canada cope without Atiba Hutchinson?

A bone bruise suffered in pre-season has sidelined Atiba Hutchinson for Besiktas’ first seven games of the 2022-23 Turkish league season, and has ruled him out of this international window.

Herdman said the Canadian national team’s medical staff will fly out to see Hutchinson after these two friendlies to check on his status in the hope that he’ll be ready to return to action in late October. One would have to think if his condition hasn’t improved by then, he won’t be on the plane to Qatar.

“It’s a tough situation for him. Because I think for all of us, he just means so much to the team,” Herdman said. “If [there is]anyone you want to see at a World Cup, it’s Atiba Hutchinson.”

Canada’s all-time men’s cap leader with 97, Hutchinson is also the longest serving member of the current team, having made his international debut in 2003.

Hutchinson, 39, hasn’t slowed down with age, as the veteran midfielder continues to be a key figure for both club and country, having provided Canada with invaluable leadership as it navigated its way through the World Cup qualifiers.

Hutchinson’s absence will be sorely felt during this two-game series, especially against higher-ranked Uruguay who boast several players plying their trade at top European clubs. What will be interesting to see is how Herdman makes up for the loss of Hutchinson in central midfield, and who will step up in the Canadian captain’s absence.

Besides the absence of Hutchinson, Canada will also be missing defender Doneil Henry, and midfielders Jonathan Osorio and David Wotherspoon due to injury for these two games.

The loss of Osorio is a big blow for Canada. The Toronto FC midfielder played in 13 of the team’s 14 matches (eight as a starter) in the final round of Concacaf World Cup qualifiers, underlining his importance to Herdman’s side.

Fellow influential midfielder Mark-Anthony Kaye was called up by Herdman for this window, but he’s only returned from a niggling lower-body injury that forced him to miss eight straight games for TFC.

Winger Tajon Buchanan, one of Canada’s most dynamic attackers, has yet to play this season for Belgian side Club Brugge due to a quad injury. Buchanan has been called up by Herdman this month, but he will only be available for the Uruguay game.

“His minutes will be very limited as both club and country are trying to wrap him in cotton wool,” Herdman said.

Meanwhile, forward Cyle Larin, Buchanan’s teammate at Brugge, has not seen that much playing time so far this season. Likewise, centre back Scott Kennedy hasn’t featured that much with SSV Jahn Regensburg in Germany’s second division, while winger Liam Millar has floated in and out of FC Basel’s lineup in the Swiss league.

Will the newcomers and youngsters get a chance to play?

Included in John Herdman’s 27-man roster this month is 18-year-old winger Luca Koleosho, who plays for Spanish club Espanyol. Koleosho has been called up before by Canada, but has yet to make his senior team debut.

Born in the United States, Koleosho has played for his home country at the youth level and hasn’t closed the door on the senior team. With this in mind, you’d have to believe that Herdman is keen on giving Koleosho some playing time this month.

CF Montreal defender Joel Waterman has also been called up for the September window. Like Koleosho, Waterman has previously been invited into camp, although he hasn’t earned a cap for Canada. Waterman is enjoying a breakout MLS season with Monreal, and if he earns significant playing time against Qatar and Uruguay, then he stands a good chance of going to the World Cup.

Twenty-year-olds Ismaël Koné (CF Montreal) and Theo Corbeanu (Blackpool) have impressed with their clubs this season, but they only have eight caps between them. Will Herdman show some trust and use them in these important World Cup tune-up games? Or would he rather give minutes to players who will likely feature more prominently for Canada at the World Cup?

John Molinaro is one of the leading soccer journalists in Canada, having covered the game for over 20 years for several media outlets, including Sportsnet, CBC Sports and Sun Media. He is currently the editor-in-chief of TFC Republic, a website dedicated to in-depth coverage of Toronto FC and Canadian soccer. TFC Republic can be found here.