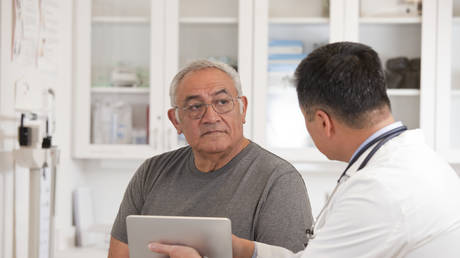 Researchers in the UK have developed a form of herpes simplex that can fight cancer in treatment-resistant patients, according to findings presented at the European Society for Medical Oncology Congress earlier this year. The virus is injected into the tumor, where it multiplies and bursts cancer cells from within while promoting the body’s immune response.

Called RP2, the modified herpes virus blocks a protein that inhibits immune response and ‘switches on’ genes that trigger an anti-cancer immune reaction.

Side effects were mild, the researchers claimed, with the most common being chills, fatigue and fever. In a trial of 39 patients with skin, esophageal, head and neck and other cancers who had failed to respond to other types of treatment, a quarter saw a positive response: their tumors stopped growing, shrank and in one case vanished altogether. That patient, who had a tumor on his salivary gland since 2017, has been cancer-free for two years.

“Our study shows that a genetically engineered, cancer-killing virus can deliver a one-two punch against tumors – directly destroying cancer cells from within while also calling in the immune system against them,” study leader Kevin Harrington told Pharma Times.

He explained that it was rare to get such a distinct positive result from Phase 1 clinical trials, which are conducted to evaluate the safety of a treatment rather than its effectiveness. The study was sponsored by Replimune, the manufacturer of the drug nivolumab, which was used along with the RP2 virus in 30 of the trial participants. Seven out of the 30 nivolumab plus RP2 recipients benefited from the treatment, and six of those maintained their improvement over a year later.

The scientists at the Institute for Cancer Research in London are not the first to uncover the potential of herpes viruses to fight cancer. A February paper published in the journal Clinical Cancer Research showed an “experimental cancer-fighting herpes simplex virus called G207” was effective in combating the brain cancer glioblastoma by attacking and killing tumor cells.