HomeFashion
By LordOfDailytimes on January 30, 2021 Fashion 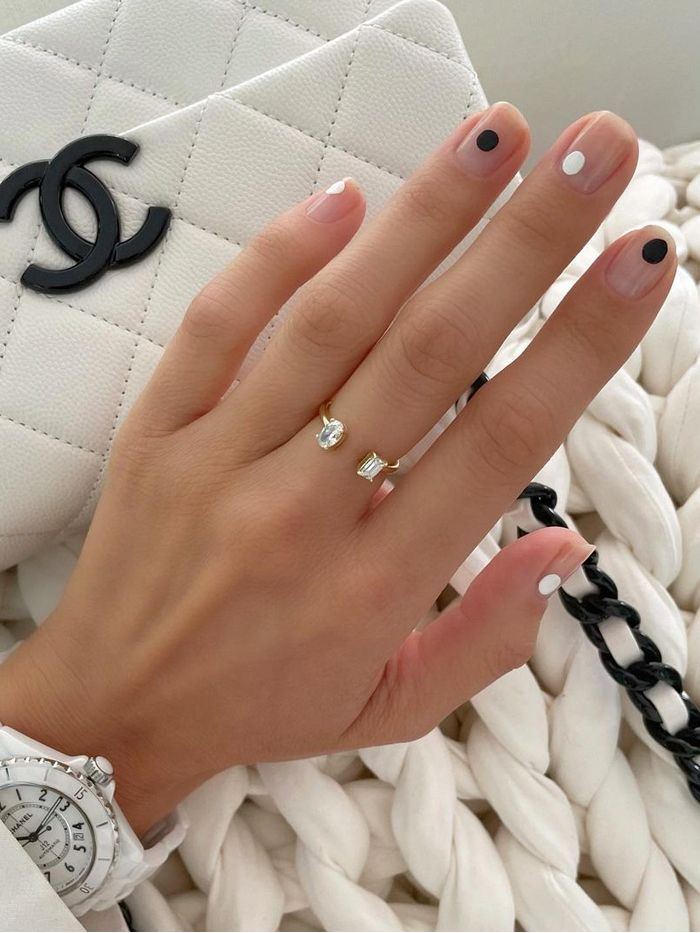 For many of us, doing our nails has become our preferred pastime; particularly during the latest lockdown where going to the salon isn’t an option. But, as the saying goes, a person is only as good as their tools, and if you’re not using the absolute best polishes to coat your nails with, chances are you’re finding that your handwork isn’t holding up the way you’d like it (or, indeed, the way you’d expect it to when you have it done in a salon).

We decided to do a bit of research (otherwise known as Instagram scrolling) to see which nail polishes our favourite nail artists use on their talons. And, as it happens, their brand of choice is one whose bottles will look incredibly chic lined up on your dressing table, too.

Direct from Chanel HQ, we quickly learned that Rouge Noir is indisputably its most popular and iconic nail shade. Chanel launched Rouge Noir, a very dark reddish black, at its autumn/winter 1994 show in Paris. The colour was virtually created on the catwalk, as beauty guru, Heidi Morawetz, mixed black and red to create the effect she was looking for. After its debut, the shade was then worn by Uma Thurman in Pulp Fiction, whichinevitably sent its cult-status rocketing. Since its launch, Chanel’s sales of nail enamels have increased manifold.

With such an iconic origin story, it’s little wonder that Rouge Noir is the Chanel nail polish of choice for the pros. Jenni Draper is a celebrity and session manicurist whose work has elevated the fingers of Dame Helen Mirren, Lily James, Gal Gadot, and Anya Taylor-Joy. She reveals, “of all the products and all the colours in my kit, the ones that I have to replace the most often are two classic colours from Chanel; Rouge Noir and Ballerina. They are always referenced on shoots, simply because they are classic colours that suit everyone. I was on the waiting list, way back when Rouge Noir came out; it was a kit must have then and still is to this day! It’s such a statement colour—you mean business when you wear it. It looks incredible on everyone, all skin tones, and oozes luxury. In my opinion, it’s a hard-to-beat colour, and I make sure I have bottles of it in my kit at all times.”

You may have noticed that Draper also named Ballerina as her other go-to Chanel shade. This comes as no surprise, as Chanel revealed that, along with the taupe-like Particulière, Ballerina is another top-performing colour in their polish roster.

Imarni of Imarni Nails is a London-based manicurist and nail art maverick whose clientele includes Hailey Bieber, FKA Twigs, and Alexa Chung, to name a few. But which are her go-to Chanel polishes? “Emblématique and Mythique are two of my favourite Chanel shades. They’re just a tad lighter than Rouge Noir, but really rich colours and très chic on short, natural nails.”

So, there you have it; when it comes to the best Chanel nail polish, Rouge Noir undoubtedly leads the pack, with Ballerina, Particulière, Emblématique, and Mythique also proving popular amongst those in the know. Scroll below to shop these hero hues, and get ready to take your at-home mani game to the next level.

Next Up: This Understated Nail Polished Is All Over My Feed Right Now, and It’s Beautiful

LordOfDailytimes
Previous ArticleInvest in These Minimalist Boots and All Your Outfits Will Look 10 Times Sleeker
Next Article I Hate Foundation, But I’ve Just Added These 15 To My Makeup Stash