HomeFashion
By LordOfDailytimes on June 11, 2021 Fashion 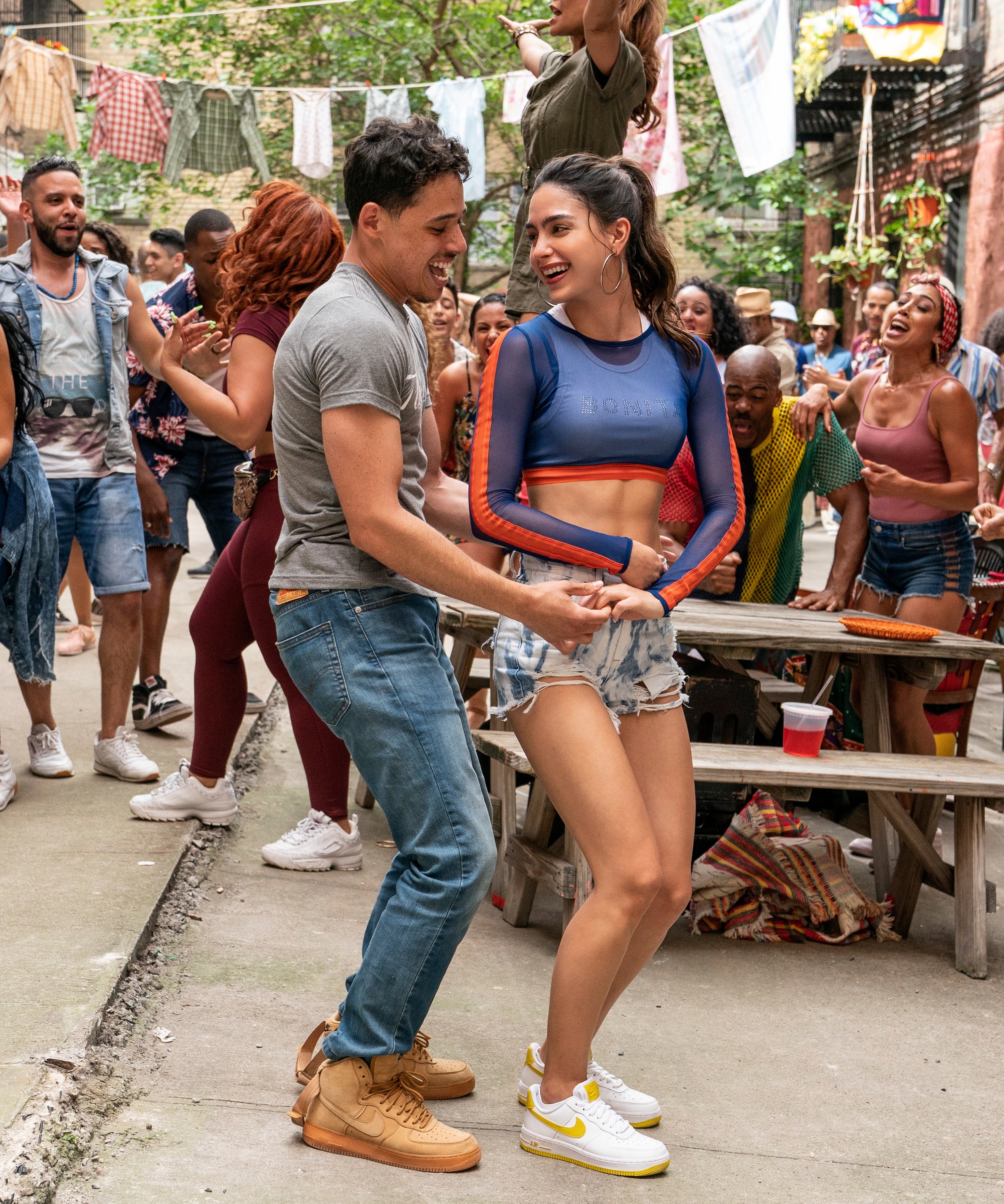 In the Heights is a love letter to New York City’s Latinx and Caribbean communities. Based on Lin-Manuel Miranda’s 2008 Broadway musical of the same title, the movie follows Usnavi de la Vega (Anthony Ramos) as he tries to save his local bodega from the claws of gentrification. The musical cemented Miranda’s status as a mainstay of the Broadway world, and later Hollywood, because of its rule-breaking approach that injected his Washington Heights DNA and quicksilver wit into one of the oldest forms of American entertainment.

It’s no surprise that when it came time to create the costumes for its movie adaptation, costume designer Mitchell Travers wanted to smash all the rules, too: “I feel like Lin’s work is so groundbreaking and the music is so unlike anything else, so we found ways to break as many rules as possible.”

This required him to rethink his entire approach to costume design. Instead of the usual list of brands and designers he’s collaborated on films such as Hustlers and Ocean’s Eight, Travers went straight to the source and shopped in Washington Heights. Located between 155th and 190th streets in Manhattan, the neighborhood boasts an impressive amount of street sellers and independent boutiques. The costume designer says he wanted to shop from the same places the real-life characters would, in order to “underscore the energy of the film.”

“I just felt a responsibility that if we are going to share the neighborhood over the summer [to film the movie], we need to support as many businesses as we can,” says Travers. “It was a lovely give-and-take that I had with the local businesses.”

His rule-breaking seeped into the styling as well. He saw no reason to uphold the Hollywood tradition of filling the screen with matching colors, patterns, and shapes. Instead, he created a vibrant and hardly coordinating color and texture palette that mirror the energy of the music.

Travers also drew from personal experience. Prior to joining the crew, he was a resident of the neighborhood for seven years. “There is nothing generic about the way that neighborhood dresses,” he says.

While he moved downtown by the time production started, he often returned to the neighborhood for his “treasure-hunting expeditions” and to observe the residents. “I’d take the train in the mornings and I’d watch who’d get off and on as we got closer,” says Travers. “I’d also spend whole days there and could see how the neighborhood looked in the morning, at night, at the club.”

The legwork and long subway rides helped Travers paint an evocatively realistic portrait of what his old stomping grounds look like on a scorching summer day. The heat is palpable, all the more so thanks to the costumes that rely on Washington Heights style staples — think: Puerto Rican flag shirts, hoop earrings, distressed denim shorts, “Nueva York” tees, off-the-shoulder tops, and lots of sneakers. He also infused the looks with heritage, dressing characters in some distinct Latinx and Caribbean styles like the bata, a casual dress usually donned inside the house, worn by Abuela Claudia (Olga Merediz), and the guayabera, a pleated men’s summer shirt that’s popular in Cuba and Puerto Rico, as seen on many of the extras.

On his Washington Heights shopping trips, Travers would ask himself the same question: “How do I create a killer outfit just with what I have?” Usnavi is a local bodega man struggling with money, Vanessa (Vida’s Melissa Barrera) works at a local beauty salon, Nina (Leslie Grace) is a college student whose education is financed by her parents’ many loans and life savings, and Daniela (Brooklyn 99’s Stephanie Beatriz) is a hairstylist fighting to keep her shop open. In the words of In the Heights’ opening number, they “live with just enough.”

So often movies feature the astronomically wealthy, “so you try to cram as many costume changes as possible,” Travers says. “But this movie is not about that, it’s about ordinary working people in New York City.”

Set in a back alley, the scene shows a crowd of Washington Heights residents gathered under flags from Caribbean and Latin American countries. “There is this intensity to the color of the flags that we wanted to pull into the costumes,” says Travers. “By the time we start that crescendo at the end, it’s a really powerful image of all of these people celebrating where they’re from.” Shooting the scene was deeply emotional, Travers remembers, as the cast stopped for one moment to cheer on Lin-Manuel Miranda, who was on a fire escape playing the local piragüero. “It was such a beautiful feeling for everybody that day to really represent the sacrifices that their parents have made to get them to this point,” he recalls. “It was one of the most powerful days I’ve had on set.”

With such a big cast, the production challenged the costume designer to think on a large scale. “It’s not every day that you work on a movie that shuts down entire blocks to fill with 100 extras,” he says. In crowd scenes, Travers would “paint with a big brush,” establishing an overall look that felt true to the story, but also take the extra step of creating distinct characters of the neighborhood. “I wanted to see the woman who works at the Bank of America, the woman who’s a teacher, the guy who works at the bakery, or the guy who doesn’t work,” he says.

Travers also referred to costume designer Courtney Flores’s original Broadway costumes, eager to pay tribute to original Usnavi, once played by Miranda. From the first meeting with the Puerto Rican creator, Travers brought up the possibility of using the golf hat that Usnavi wore on the Broadway stage.

“I wanted them to know that this was still Usnavi,” Travers says. “It was always about acknowledging the work that came before me.”

For Washington Heights Residents, ITH Is A Sueñito

In The Heights Made Leslie Grace Fearless

In The Heights Trailer Has Us Hyped For Summer