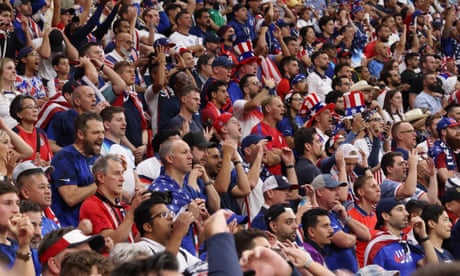 The myriad controversies that have come to dwarf the Qatar World Cup have not kept American fans from turning out in droves, filling bustling public spaces like the Doha corniche and the Souq Wahif clad in USA shirts and stars-and-stripes-patterned regalia.

While Fifa has not specified how many tickets it sold directly to US supporters, it has confirmed the United States ranked third in tickets sold by country of residence behind Qatar and Saudi Arabia and ahead of Mexico, the United Kingdom and the United Arab Emirates.