HomePolitics
By LordOfDailytimes on June 16, 2020 Politics 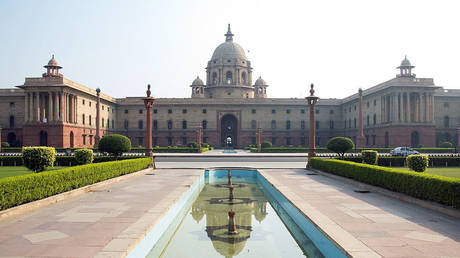 Pakistan’s ambassador was summoned to the foreign ministry in New Delhi after two Indian embassy employees were held by Pakistani police, following an alleged hit-and-run incident in Islamabad on Monday.

The ambassador was handed a protest note against what India called “abduction and torture” of the staff of its embassy, officially called the High Commission. The two men were “video-graphed and coerced to accept a litany of fictitious allegations and concocted charges,” the statement by the ministry read.

The embassy employees were “kept in illegal custody for more than 10 hours” and were released only after intervention from New Delhi, it pointed out, urging Islamabad to follow diplomatic norms in its behavior. Pakistan hasn’t yet responded to the accusations.

On Monday, the two Indian men were speeding in an embassy car and hit a pedestrian, who sustained injuries, Pakistani security sources said. The driver and his passenger then tried to flee the scene, but were detained. They allegedly lacked diplomatic immunity and could be prosecuted by Pakistan.

Relations between two neighboring nuclear powers have been strained for years, due to their dispute over the Kashmir region in the Himalayas. Skirmishes between Indian and Pakistani militaries in the area have occurred quite frequently, as has the expulsion of diplomats. Earlier this month, two Pakistani embassy staff were detained in India on spying charges.