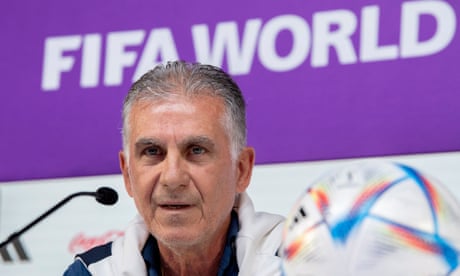 Carlos Queiroz has raised the temperature before Iran’s crucial Group B fixture with the USA, addressing criticism of the Iranian regime by drawing parallels with American school shootings.

The Iran coach made his latest controversial intervention during this World Cup in relation to a row over a tweet by the US Soccer Federation which appeared to have deliberately doctored the Iranian flag. It came little more than 24 hours after Queiroz called for Jürgen Klinsmann to resign from a Fifa committee over remarks about the “culture” of Iran’s team.