HomeSport
By LordOfDailytimes on September 24, 2022 Sport 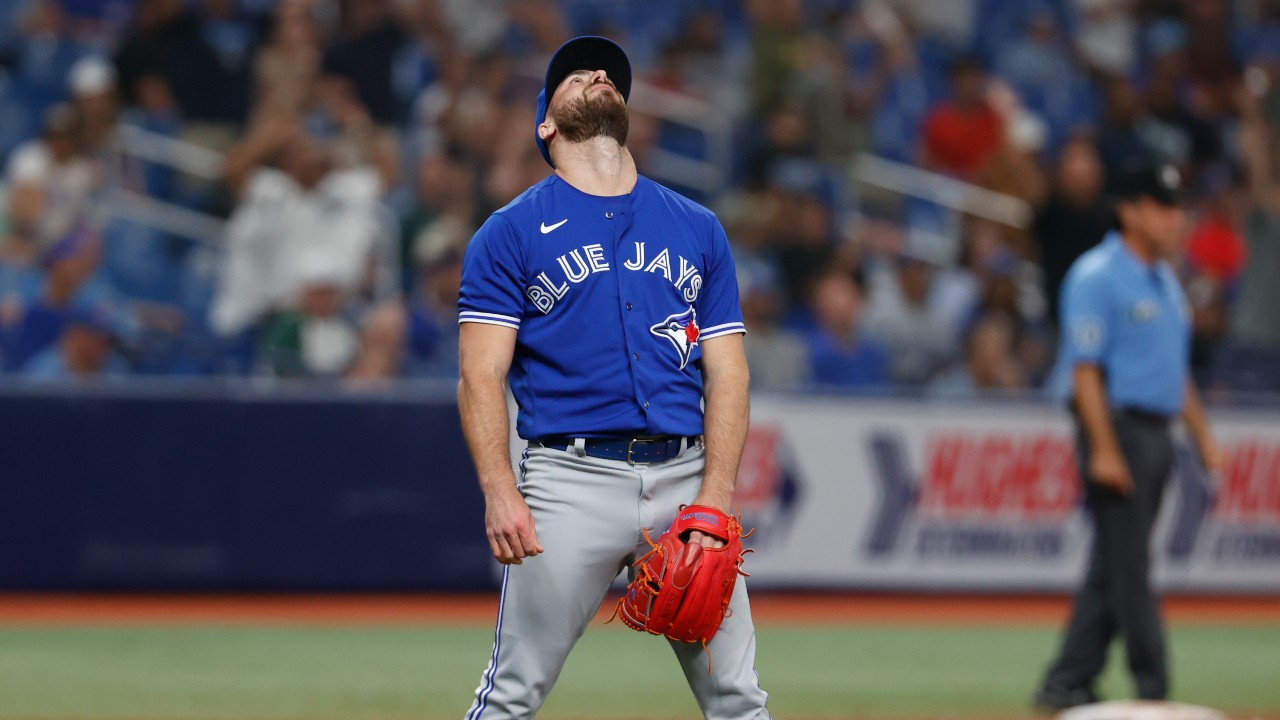 ST. PETERSBURG, Fla. – No matter how this series at the Toronto Blue Jays’ perennial hell-spot of Tropicana Field plays out, the wild-card picture won’t be any less muddled heading into the final week and a half of the regular season. The gap is simply too tight between them, the Tampa Bay Rays and Seattle Mariners to rule out any scenarios for the time being, ensuring there’ll at minimum be some drama around who’s playing where, if not who’s getting in.

All of which makes holding tiebreakers so important, something the Blue Jays surrendered after a frustrating 10-6 loss Friday night left them 7-10 against the Rays this season and unable to catch up with only two more head-to-head meetings remaining.

A back-and-forth game was settled in the eighth when David Peralta lifted a fly ball to shallow right field and pinch-runner Taylor Walls charged home beneath a high and wide throw from Teoscar Hernandez to break a 6-6 tie. A Bo Bichette error on a Harold Ramirez grounder later in the inning led to another run before Randy Arozarena’s two-run single padded the edge.

Pete Fairbanks mopped up in the ninth as the Rays (84-67) tied the Blue Jays (84-67), losers of three straight, for top spot in the wild-card race, but they are essentially ahead by holding the tiebreaker. The Seattle Mariners (82-67), who were at Kansas City, began the day 1.5 games off the pace.

Under new rules this year, ties in the standings between two teams are broken by head-to-head play rather than a single-game, winner-takes-all contest. A three-team tiebreaker is decided by which team has the best combined winning percentage against the other two clubs.

The Rays are in the driver’s seat on both fronts, holding the edge over the Blue Jays and the Mariners (5-2) in two-team-tie scenarios, as well as holding the best cumulative mark if there’s a three-way deadlock. Seattle beat Toronto 5-2 and is locked into second under such a scenario.

Hence, the Blue Jays must be at least a game better than both rivals from here on out to secure home-field advantage, without the margin for error a tiebreaker provides.

All in all, “definitely wild, as they call it,” interim manager John Schneider said in processing the possibilities before the game. “We’re fortunate that if we take care of ourselves, we should be in a good spot.”

The Blue Jays would have had to win three straight against the Rays to give themselves the tiebreaker beginning with a Friday game that featured the usual array of miseries that tend to plague them at the Trop.

Mitch White, recalled from triple-A Buffalo to start, got bled for a pair of runs in the first, with Wander Franco dropping a 77.3-m.p.h. double just inside the left-field line to set up a run-scoring groundout by Arozarena before a Manuel Margot bunt single plated a second run.

Christian Bethancourt’s RBI double in the fourth made it 3-0 but back-to-back doubles by Teoscar Hernandez and Raimel Tapia to open the fifth cut into the lead. Tapia then took third on a Whit Merrifield fly out to deep centre, Danny Jansen walked and after George Springer struck out, Bichette ripped an RBI single. Vladimir Guerrero Jr. then tied the game with a bouncer up the middle and Alejandro Kirk, under instructions to pick his spots running after missing time last week with left hip tightness, booted it up the line to beat out an errant Isaac Paredes throw to put the Blue Jays up 4-3.

Needing a shutdown inning in the bottom half, the Blue Jays pulled White for Tim Mayza, who struck out Jonathan Aranda before Harold Ramirez singled and Wander Franco walked. In came Anthony Bass and he got up 1-2 on Arozarena, who then slashed the fourth straight slider he saw over the wall in right field to put the Rays back up 6-4.

The Blue Jays tied it in the sixth on a Jansen RBI single and Springer sacrifice fly but Guerrero struck out with two on to end the frame and things stood there until the game unravelled on Yimi Garcia in the eighth, just as it did Wednesday in Philadelphia.

A Ji-Man Choi walk to open the inning started the trouble before Miles Mastrobuoni followed with a base hit that sent pinch-runner Walls to third. The shallow fly by Peralta followed and the Rays poured it on from there.