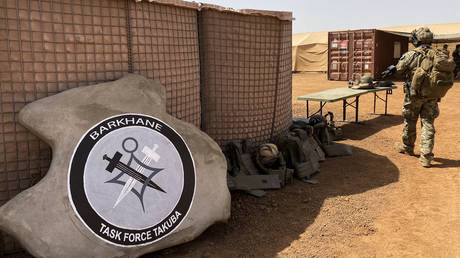 Paris’s counterterrorism operation in the Sahel region of West Africa is coming to an end, with the reduced French contingent instead set to join a broader international force, President Emmanuel Macron has said.

The shutdown of Operation Barkhane will come as part of a “profound transformation” of French military presence in the region, Macron announced during a press conference on Thursday. The French government is planning to focus on fighting the jihadists in Sahel within European missions and the UN, he added.

“We will make a drawdown in an organized way,” the president said, before adding that all of the details will be finalized by the end of the month.

“We will have to hold a dialogue with our African (5G Sahel nations – Chad, Mali, Burkina Faso, Niger, Mauritania) and European partners,” he pointed out.

According to Macron, France intends to keep “several hundred” special forces troops in the region as the first “counterterrorism pillar,” with the second pillar being “cooperation” with partners.

The decision to end Operation Barkhane was made shortly after a second coup in just nine months took place in Mali, which hosts most of the French troops. Paris criticized the ousting of the interim government by Colonel Assimi Goita and temporarily suspended joint operations between French and Malian troops a week ago.

During the press conference on Thursday, Macron insisted that the decision to reduce the French contingent was “not linked” to the developments in Mali, a former French colony.

Jihadists gained a foothold in Sahel, a vast region south of the Sahara Desert, following a NATO-bombing campaign in Libya that led to the overthrow of the country’s longtime leader Muammar Gaddafi back in 2011.

Operation Barkhane was launched by France in 2014 to help the 5G Sahel nations fight those militants, and currently has some 5,100 French troops deployed in the area. It has lost more than 50 soldiers in Sahel since launching the operation.