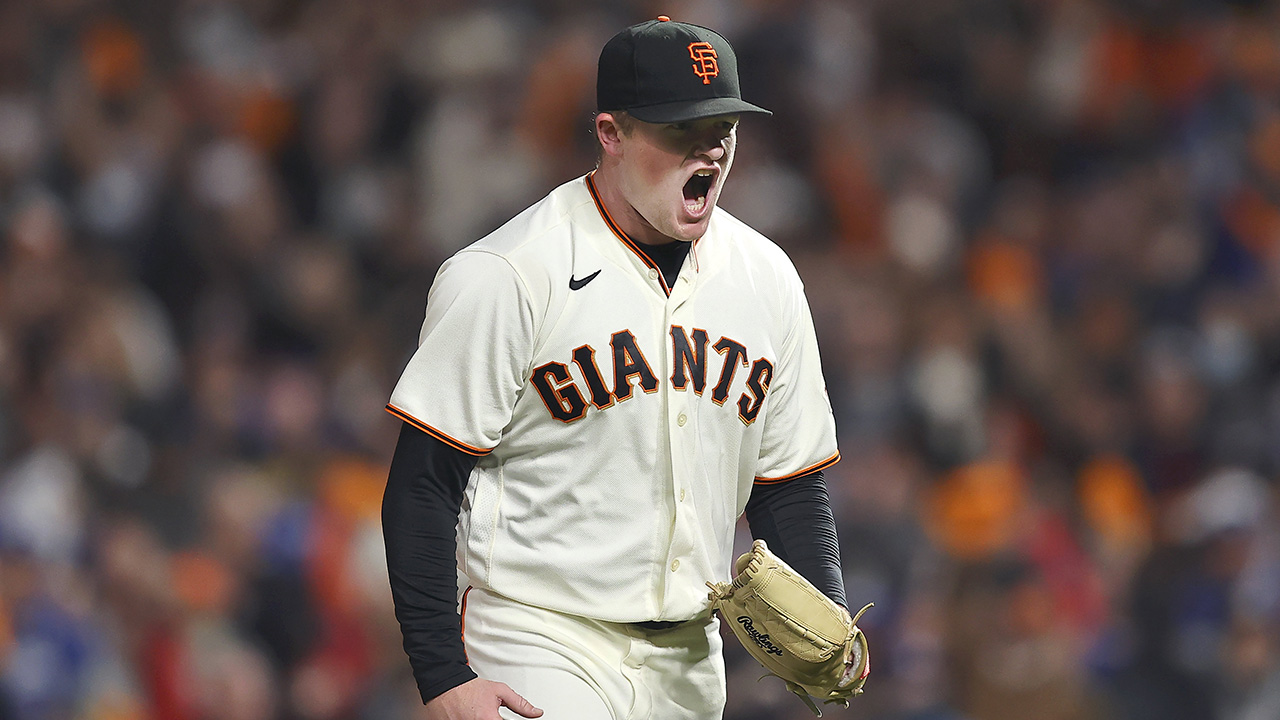 Considering the San Francisco Giants and Los Angeles Dodgers were separated by one game over a six-month season, it’s not surprising that a playoff series between them is coming down to a winner-take-all Game 5.

What’s a little more surprising is the man taking the hill for the home team, a former fourth-rounder who came into 2021 with a career ERA of 5.36, and posted the 77th best K/BB ratio of the 81 pitchers who tossed 50-plus innings last season.

For those who haven’t been watching the NL West closely all year, Logan Webb might seem like an unlikely hero. In fact, the Jesse Plemons lookalike has been dealing all season, posting a 4.1 WAR that matches Lance Lynn and José Berríos.

When he dismantled the Dodgers in Game 1 to the tune of 7.2 innings of scoreless ball with 10 strikeouts and no walks, he made the wider baseball world aware of his presence. A strong Game 5 could cement him as a household name and playoff hero for the Giants.

To understand one of the NLDS’s primary protagonists we need to answer three questions:

1. How did Webb become the best starting pitcher on a 107-win team?

Because the 24-year-old doesn’t throw particularly hard (his four-seamer averages 93.1 mph) it’s easy to assume his stuff isn’t special, but that’s not the case.

Webb has an extraordinary sinker with 8.6 inches of vertical movement above average — tops among any pitcher who threw more than 200 sinkers this season. The pitch falls off the face of the earth to the point that it looks like a breaking ball, which can make it a nightmare to hit.

Not only is it good for the occasional whiff, it consistently has opponents pounding it into the ground. Webb’s sinker induces an average launch angle of -5 degrees, driving his extraordinary groundball rate of 60.9 per cent (second among all pitchers with 100+ innings pitched in 2021) and HR/9 of 0.55 (fourth in the same sample).

Playing off that pitch is Webb’s slider, which has above-average movement vertically (+6 per cent) and horizontally (+10 per cent) and creates a robust 47.1 whiff rate. For reference, the notoriously nasty slider of Cy Young candidate Robbie Ray had a 45.8 whiff rate this year.

These two pitches are particularly important to highlight because Webb completely revamped his approach to highlight them in 2021. This is how his pitch usage changed from 2019-2021:

There’s a lot going on in that image, but the crux of it is that prior to 2021 Webb relied primarily on his four-seam fastball and changeup while this year he’s become a sinker-slider pitcher.

Not only is focusing on his best pitch — his sinker — an intuitive upgrade for Webb, it’s also helped unlock his slider. As opposed to trying to work it off a four-seam fastball at the top of the zone, he can tunnel it with a sinker to create a tough decision point where hitters don’t know if the incoming pitch is a fastball with an arm-side break, or a breaking ball heading to the glove side.

That relationship between his two primary pitches is at the core of Webb’s ability to generate soft contact, avoid bats, and put up impressive numbers.

Webb got the Los Angeles Dodgers on their back foot in Game 1 with the element of surprise. Los Angeles likely expected to be attacked primarily with the sinker-slider combo outlined above, but the young right-hander and his batterymate Buster Posey baffled them with a barrage of changeups instead.

The 24-year-old went to his changeup 41.3 per cent of the time, the third-highest rate in any of his 46 MLB starts — and nearly double his season-long average (23.6 per cent). The plan of attack was especially unusual because the Dodgers lineup included six right-handed hitters and Webb entered the start throwing changeups to righties at just a 14.9 per cent clip.

While the right-on-right changeup is a controversial weapon, Webb used it 33.3 per cent of the time against the Dodgers, to great effect. He recorded one third as many strikeouts with the pitch (5) in the start as he had in 148.1 innings during the regular season (15) — continually getting Dodgers to swing through it at the bottom of the zone:

Beyond his red-hot changeup, Webb thrived by being ahead all night. The right-hander posted a 71.8 percent strike rate, and only threw one pitch in a three-ball count — a nasty 3-2 slider that struck out A.J. Pollock. That kept Webb’s pitch count low, allowing him to work deep into the game.

When you bring an approach your opponent isn’t ready for, and hit your spots all night, that’s a solid recipe for success, which is precisely what Webb found in Game 1.

How do the Dodgers counter Webb?

There is no silver bullet for beating Webb. If there was, he wouldn’t have posted a 3.03 ERA and 2.72 FIP this year.

However, there are a few things the club can do to try to avoid falling victim to Webb’s tricks. The first is to be ready for the changeup in case Webb adopts an “if it ain’t broke don’t fix it” mentality. As good as the pitch is, if a hitter is keying on it, it can be vulnerable. Four of the five batted balls at 100+ mph the Dodgers managed in Game 1 came off the change. If Webb seems like he’s featuring it prominently again, Los Angeles has a chance to capitalize, especially if the right-hander misses with it up in the zone.

Another, broader, tactic that can work against Webb is to adopt an ultra-patient approach. While any pitcher’s stuff creates more whiffs out of the zone than inside, that’s especially true for Webb. Of the 129 pitchers who tossed 100+ innings in 2021, his out-of-zone whiff rate of 46 per cent was the 14th-best, while his in-zone whiff rate of 12 per cent ranked 104th. Keeping the bat off the shoulders against the Giants right-hander isn’t an easy task, though, as he induces a 91st percentile chase rate.

If the Dodgers do get some traffic on the bases, it might behoove them to attempt a few steals. Not only does Webb’s elite groundball rate make him a double play machine, opposing base runners were successful against him on 10 of 11 attempts in 2021. That’s a small sample, but it might be worth considering if guys like Mookie Betts or Trea Turner make it aboard.