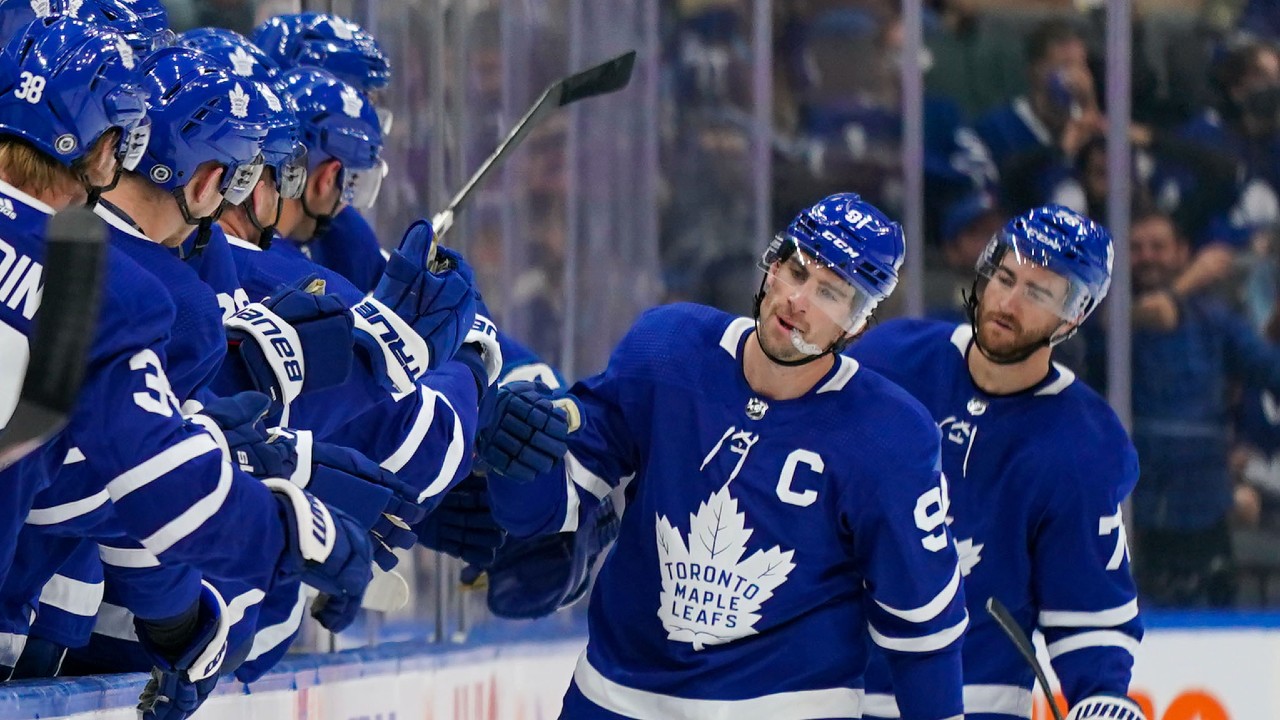 TORONTO – Jason Spezza broke into the NHL as a 19-year-old with the Ottawa Senators in 2002-03, appeared in three games as his team advanced to the Eastern Conference final and immediately assumed every season was going to be just like that one.

Nearly two decades later, the 38-year-old centre knows better than to take the type of extended win-now window he graduated into for granted. He lived through the rise and fall of an NHL team’s competitive cycle over 11 years with the Senators, experienced ups and downs during five seasons with the Dallas Stars and is now back for a third try with the Stanley-Cup-or-bust Toronto Maple Leafs.

Better than most, he understands the stakes, the opportunity and how fleeting it all can be.

“It’s important if you’re a veteran player to impart that wisdom on guys and not just with your words,” Spezza says in an interview ahead of the Maple Leafs’ curtain-raising 2-1 win over the Montreal Canadiens on Wednesday. “Every young player has heard, ‘Wow, this might be my last chance’ or ‘This may be our last look, you never know when another one comes around.’ But to expect a 22- or 23-year-old guy to actually believe that is a little bit difficult. The way that I can impart that is by my work ethic and how you approach games and the level of consistency and seriousness to the situation. …

“It’s important that you talk about it and more so act the way you have to act when you’re a team that has championship aspirations.”

That, of course, applies across the board for any sports team intent on winning the last game, and is evident in the Maple Leafs’ urgency the past five seasons in trying to leverage a core initially built around Auston Matthews, Mitch Marner, William Nylander and Morgan Rielly, and later augmented with captain John Tavares.

While it can feel like there’s time for a talented group to find its way, the clock moves fast and legitimate opportunities can dissolve quickly. In some ways, it feels like yesterday that an on-the-rise Leafs team pushed the Washington Capitals in a six-game playoff series where each contest was decided by a goal, five of them in overtime.

Four more first-round playoff losses later, and the competitive window is far more tenuous, underlining both the importance of locking up a core for multiple chances at a run, and the risk in simply trusting talent to eventually win out over time. Every legitimate win-now season is precious, a lesson the Toronto Blue Jays brass 650 metres west of Scotiabank Arena, should heed after missing out on the MLB post-season by one game, a painful missed opportunity at the front end of their competitive window.

While it’s very much true that the Blue Jays will have other chances, the same applied to the Maple Leafs of 2016-17, and they’re still here trying to take the next step.

“We’re fortunate that a lot of the core, Auston, Mitch, Willie, Morgan, Jake (Muzzin), John, has been able to stay together because I think you can see the motivation in their eyes and their approach – but I don’t think you want to look at it as there are more opportunities,” says Spezza. “You have to take it as this is our last chance because the reality is with the salary cap, it gets tricky to keep teams together. Even with teams that win, they all get blown up the following year or two years down the road. So sustaining success becomes difficult and in order to do it, you probably have to have different people coming in and out. We’re fortunate to have the same core of star players, but now we’ve added a whole bunch of different role guys along the way and it’s our job to propel our star guys and help them get to the promised land.”

The Blue Jays, even under a very different financial system, will soon face a dilemma in trying to keep their core together similar to the one faced by the Maple Leafs a few years back, when they concentrated roughly half of their salary cap space on Matthews, Tavares, Marner and Nylander.

Locking up Vladimir Guerrero Jr., and Bo Bichette may require more than half a billion dollars, at least based on the precedent-setting extension signed by Fernando Tatis Jr., last spring, the time is nigh to nail down Teoscar Hernandez long-term, George Springer is already on the books at big dollars and re-signing Marcus Semien or another star to replace him will require another nine-figure commitment.

Accomplishing all that while leaving enough financial flexibility to successfully fill in around them is essential, and will ultimately be the difference between success and failure.

It’s then that the margins between reaching the mountain’s peak and getting stuck on the way up become achingly thin. The drops can be sudden and precipitous, too, something Spezza remembers well from 2007, when after years of knocking on the door, the Senators reached the Stanley Cup final before losing in five to the Anaheim Ducks.

“Arguably our team in ‘06 (which lost in the second round) was probably better than our team in ‘07, but we lost some players after ‘06 and then we were a more mature team because we’ve kind of been through a playoff loss together and that got us to the final,” says Spezza. “Then the following year, we had a great start, we put so much emphasis on the start of the season and then we had a bad second half and ended up getting swept by Pittsburgh and then the next year we missed the playoffs and it just kind of closed the window on us without us really even expecting it. Then they made some moves, different guys come in, it doesn’t work, a new coach and next thing you know you’re kind of rebuilding without even really wanting to rebuild. So it can happen quick. I’ve learned from that for sure.”

Sportsnet Fantasy Hockey Pool
Build your roster and compete for a share of $50,000 in cash prizes!
Sign Up For Free
| How To Play

Pivotal for the Maple Leafs this year will be to learn from their experiences since that auspicious series with the Capitals in 2017. Consecutive seven-game losses to the Boston Bruins were followed by even more excruciating losses to the Columbus Blue Jackets in a best of five two years ago and the still fresh setback to the Canadiens after going up 3-1 in the series.

Spezza sees some parallels between the Maple Leafs now and the Senators at the start of his career, good regular-season teams struggling to get it done in the playoffs, and recalls how in Ottawa, “I wanted to be part of the group that broke us through … that pressure is why you play sports.”

“The year that I lost in the final might have been the most upset I’ve ever been at any point of my career, because you’re so close to it,” says Spezza. “Really, only one team leaves happy at the end of the season. And if you leave happy just by winning a round or two, your mind is in the wrong place. We’re playing to win. That’s important. And you can look at it as a negative that we’ve had all these playoff failures here, but it’s more an opportunity, like, ‘Wouldn’t it be great to be the group that breaks through and can win in the playoffs?’ To have a team that we’re confident that we have that ability to do that to me is a great opportunity. You can look at it as a negative that you’re carrying around the baggage of the past. But to me, that baggage is only going to make it even sweeter for us when we can have success.”

That’s the type of outlook the Maple Leafs need to embrace, one that will serve them well now that their latest pursuit of such validation is underway. The Blue Jays, for the time being, are largely free of that extra load, but need only to look across the way for a reminder of just how quickly things can change.