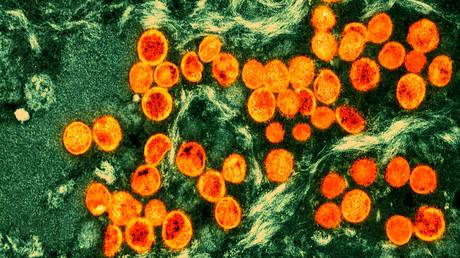 The disease will now be called ‘mpox’ to avoid “racist and stigmatizing language,” the UN health watchdog has announced

The World Health Organization (WHO) has officially unveiled a new name for the monkeypox virus, recommending it be referred to as ‘mpox’ from now on. Both names will be used simultaneously for one year before ‘monkeypox’ is phased out, the UN health watchdog has said.

The new name was decided on following consultations with “global experts,” the WHO said in a statement. The change was needed as “racist and stigmatizing language online, in other settings and in some communities was observed and reported” amid the global outbreak of the viral disease earlier this year, the watchdog explained.

The new term is set to gradually replace the old one in the International Classification of Diseases (ICD), released and maintained by the WHO. “Usually, the ICD updating process can take up to several years. In this case, the process was accelerated, though following the standard steps,” it said. The term ‘monkeypox’, however, will remain searchable in the index “to match historic information,” the watchdog noted.

The virus was first identified in macaque monkeys in the late 1950s. Human monkeypox received its name in the 1970s long before the WHO came up with its ‘best practices in naming diseases’ guidebook, released in 2015.

According to these best practices, new disease names should not be offensive in any way and should be given “with the aim to minimize unnecessary negative impact of names on trade, travel, tourism or animal welfare.”

In recent months, the WHO has reportedly faced mounting pressure from Washington over the term ‘monkeypox’, with the administration of US President Joe Biden allegedly threatening unilateral action unless the watchdog acted quickly. US officials have claimed that the name monkeypox is hampering vaccination efforts, particularly among people of color.

The disease entered the global spotlight earlier this year, after tens of thousands of cases were detected in North America and Europe. While technically not a sexually transmitted infection, it predominantly spreads through skin and mucosal contact, and has overwhelmingly affected gay men.

LordOfDailytimes
Previous ArticleThis Year’s Most Popular Wide-Leg Trousers Are On Sale for a Few More Hours
Next Article Yes, This Cosy Instagram-Famous Cardigan Is In the Cyber Monday Sale