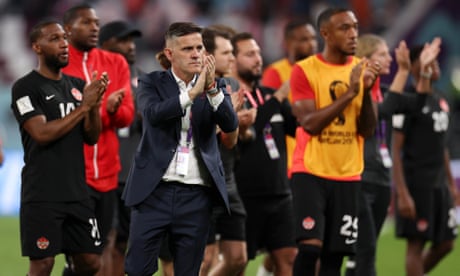 Les Rouges should take pride in their achievements over the last few years. It’s a shame mistakes on and off the pitch held them back

The softly spoken Fifa translator paused for a moment. But she held her nerve. “In the end,” she said as she relayed man-of-the-match Andrej Kramaric’s words, “Croatia demonstrated who eff’d whom.”

Sunday night at the Khalifa Stadium was a cruel, chastening one for Canada. The ignominy didn’t end at the final whistle. Kramaric, whose two goals came in an emphatic 4-1 Canadian defeat, was joined by his manager Zlatko Dalic at the post-match top table where the final words, no matter which language you translate them into, were all Croatian.

LordOfDailytimes
Previous ArticleCERN’s Hadron Collider latest victim of energy crisis
Next Article Out of 6,305 Discounted ASOS Items, These Are the Only 15 to See