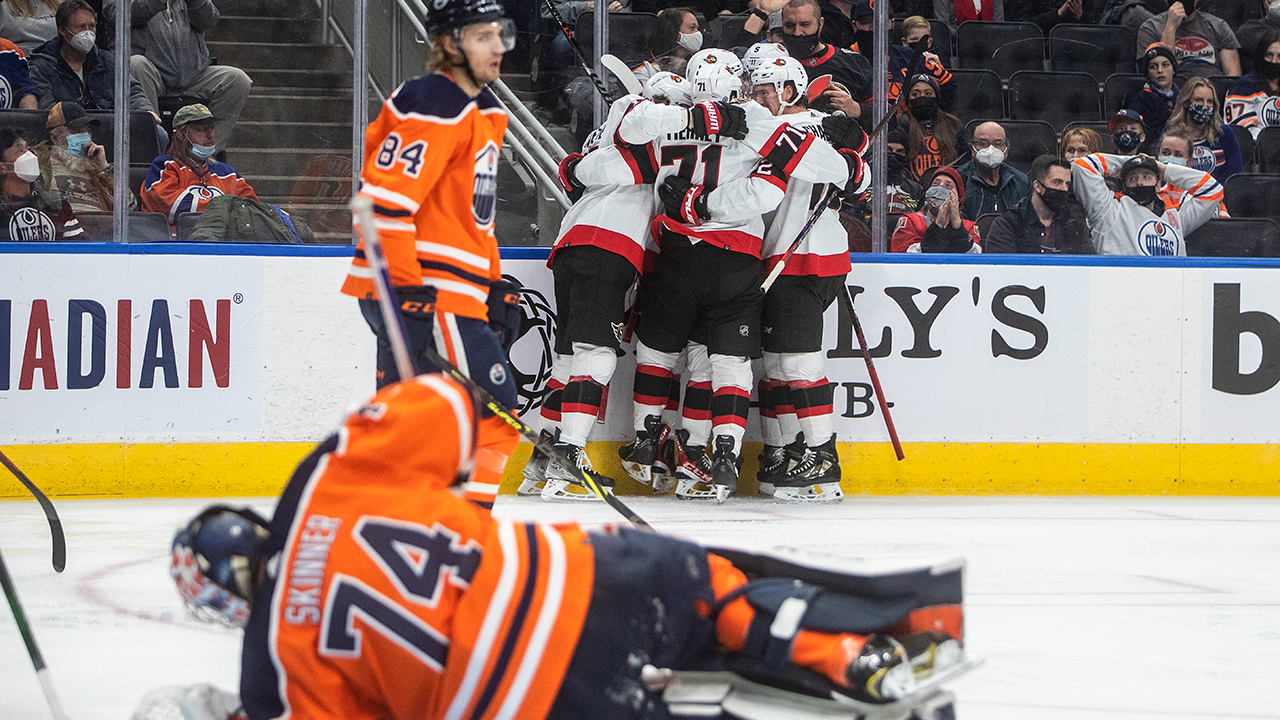 EDMONTON — Can’t kill a penalty, can’t get a save, can’t win a game. There are some serious, serious issues in Edmonton — and yes, they still need to find a goalie.

“Same group,” began Zack Kassian. “Beginning of the year, we were one of the best teams in the league. Now it seems like we’re finding ways to lose. That snowball going downhill, that’s not an excuse anymore. We’ve had a long break.”

The Edmonton Oilers had nine days off, and on the 10th day they rested, folding up like a tent against the Ottawa Senators. Edmonton turned a 3-1 lead after 40 minutes into a 6-4 loss to log their second six-game losing skid in their past 14 games.

Oilers on Sportsnet NOW
Stream every Oilers game this season with new pricing options! SN NOW STANDARD and PREMIUM let you choose how much hockey you want to watch.
CHOOSE PLAN

“It’s definitely up there,” said McDavid, who was dangerous but pointless Saturday. “I’m not sure what to tell ya. It’s been a long layoff, we come in and work ourselves to a 3-1 lead… And we give it away.”

The Oilers aren’t just awful, but something south of that. They are a club that has to score six goals to win, playing in a 3-2 league.

As the old joke goes, calling this a train wreck is an affront to the railroad industry. The Oilers have fallen entirely off the rails after a hot, 16-5 start. Like that old TV commercial, they have literally fallen and they can’t get up.

McDavid went pointless on a minus-2 night, while Leon Draisaitl added only an assist, exacerbating the fact the Oilers finally got a good dose of support scoring. Edmonton got four goals from players not wearing No. 97 or 29 — and they couldn’t find a way to win a hockey game.

The penalty kill is gruesome, allowing two goals in three Senators attempts Saturday. Defensively, the Oilers are playing like 20 guys who all showed up for Saturday morning shinny who have never met anyone other than the guys they drove to the rink with.

Offensively, four goals — and a 3-1 lead after 40 minutes — are two ingredients that good teams parlay into two points better than 90 per cent of the time. This team, however, played the third like they hadn’t a clue what to do with the commanding position they’d put themselves in after 40 minutes.

Young Stuart Skinner got the start, a sign that the team is moving on from Mikko Koskinen and a huge vote of confidence for the rookie. Alas, he did not repay them.

Skinner, the great hope with the Oilers goaltending situation at critical, red alert levels, was well below average. The guy at the other end, Matt Murray, had to be far better and he was just that, giving his team a chance to win a game where the shots favoured Edmonton 16-6 after 20 minutes and 24-13 after 40 minutes.

With seven minutes to play, all that had to happen was to win the final seven minutes against a 30th place team and skate away with the points. Yet in the end, it’s clear as day: the better team won.

“We thought the break would help us with that,” added head coach Dave Tippett. “It did, for two periods.”