HomeSport
By LordOfDailytimes on February 28, 2021 Sport 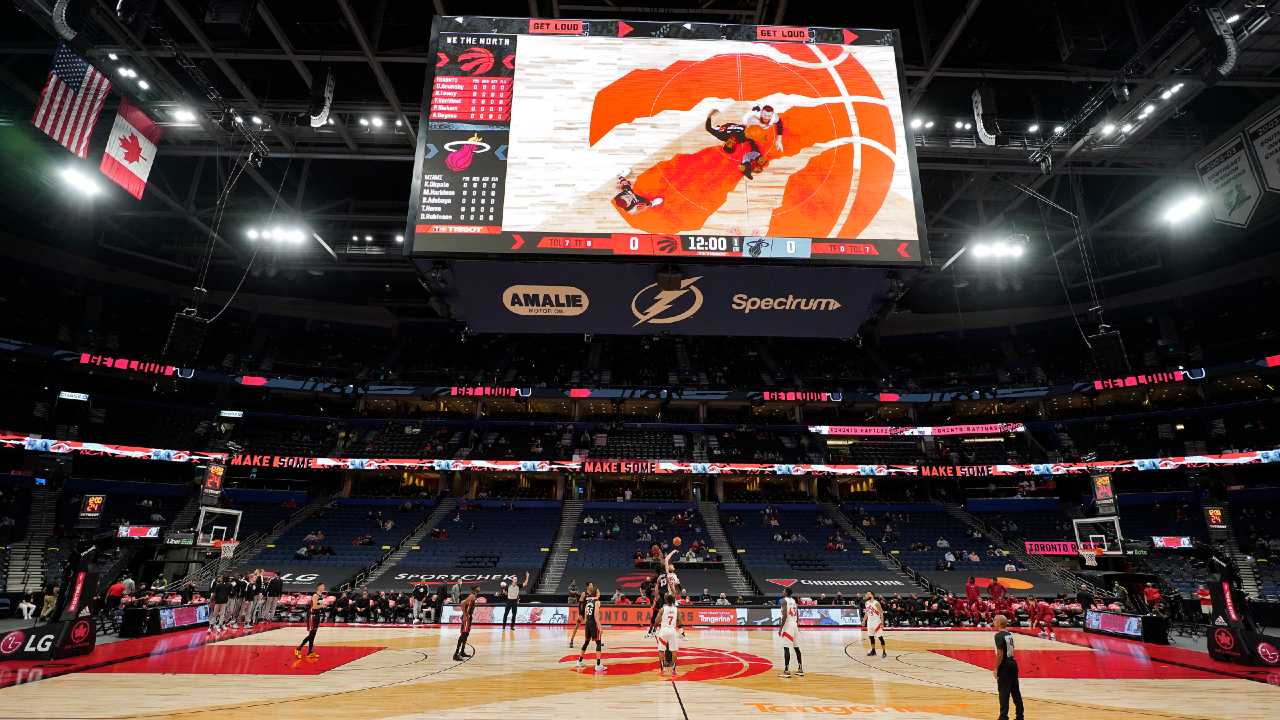 All the Toronto Raptors can do is wait.

For the first time this season, the NBA’s health and safety protocols have come into play for the Raptors, with the league announcing that their game against the Chicago Bulls scheduled for Sunday night at Amalie Arena was postponed.

Due to COVID-19 testing and contract tracing, the Raptors wouldn’t have the required eight players, the league said.

How wide the ripple effects travel remains to be seen.

What we know so far:

According the multiple sources, one of the Raptors’ six coaches that were held out from Friday night’s game tested positive for the virus sometime Thursday or Friday – coaches, players and staff that interact closely with them are tested up to three times on gamedays and twice on off-days.

Pascal Siakam was also held out of the win over the Rockets on Friday, but that was due to an inconclusive rapid test and the need to await the result of a PCR test that wasn’t available before the game.

Siakam was sent home from the arena on Friday before the game.

Because no one else among the Raptors party tested positive, the NBA deemed the game safe to play.

“That’s obviously not our call, but we spoke to the NBA,” Raptors general manager Bobby Webster said Friday night before the Toronto played Houston. “One way to think about it is, we get tested twice in the morning, and so if those tests come back negative, that kind of gives you the clearance to participate in activities that day, and then you can even do some testing later in the day if you’re concerned about it. I think once the negative tests came back this afternoon, I think that gave the NBA the comfort that at least for today, we’re clear.”

On Saturday it was reported that Siakam would remain out due to health and safety protocols for the remainder of this week, excluding him from not only the Bulls game Sunday night but Toronto’s matchup on Tuesday against the Detroit Pistons and Thursday vs. Boston Celtics, the Raptors’ last game before the NBA’s All-Star break.

Toronto Raptors star Pascal Siakam is expected to remain in the league’s Health and Safety protocol through the All-Star break, missing the final three games of the first half, sources tell ESPN. Siakam sat out Friday’s victory over Houston in the protocol.

While privacy concerns prevent with the team from confirming if Siakam did – in the end – test positive for the virus, it would be unusual for a player to be otherwise preemptively held out of games due to health and safety protocols.

Typically, a player (or staff member) has to sit out a minimum of 10 days after a positive test result if he’s asymptomatic and train on his own for two days before returning to play or 10 days from having his symptoms subside with a two-day workout window to follow. Jrue Holiday of the Milwaukee Bucks, as an example, played Sunday after missing 10 games and sitting out 20 days due to the health and safety protocols.

In the meantime, the players, coaches and staff will each have to go through their interactions for the previous seven days and identify when or if they were around anyone who has tested positive or any other scenarios where a risk of transmission is deemed high – a meeting where those in attendance didn’t wear masks, for example.

Whether the Raptors have more games postponed or not will depend on test results Saturday and Sunday and what they find through contact tracing.

If more games are postponed, they will be added to the Raptors schedule in the second half, which begins on March 11th against the Atlanta Hawks.

As it is the Raptors are expecting to play 36 games (including the Bulls postponement) in 66 days. If the two remaining games the Raptors have scheduled are postponed the second half of the season will be that much more difficult.

Until Sunday, the Raptors were one of just four teams that hadn’t had a game postponed due to health and safety protocols. Their game against the Bulls is the 31st postponement of the season by the NBA.

The team will continue to self-quarantine, leaving their residence only for twice daily testing.

If enough players continue to test negative, there is a possibility that the Raptors could play Tuesday or more likely Thursday.

But if additional positive tests come in it’s almost certain that more postponements will follow.

LordOfDailytimes
Previous ArticleBlue Jays’ at-bat crunch a good problem, but one that must be managed
Next Article These Are The Best Dressed Celebrities At The (Virtual) Golden Globes Red Carpet