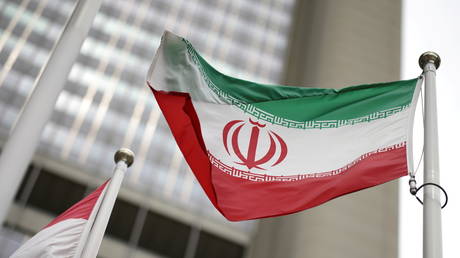 Negotiators at talks to revive the Iran nuclear deal in Vienna have still not come to an agreement on the trickiest issues, the French Foreign Ministry has said, warning that time to reach a deal is running out.

“Brave decisions need to be taken quickly because time is not on anyone’s side,” ministry spokesperson Agnes von der Muhll said in a media briefing on Wednesday.

For more than two months the US and Iran have been holding indirect negotiations to resurrect the 2015 deal through which Western nations sought to stop Tehran pursuing nuclear weapons.

The Iranian government has repeatedly denied having any such aim.

The agreement, known as the Joint Comprehensive Plan of Action (JCPOA), saw Iran curb elements of its nuclear program in exchange for the lifting of economic sanctions imposed on it by western governments.

However, former US President Donald Trump abandoned the historic treaty in 2018 and reverted to sanctions.

A sixth round of talks was launched at the weekend and some progress has been reported this week, including Iran’s announcement that it had agreed with the US that sanctions on its industrial sectors would be removed.

On Wednesday, a number of Gulf states said the talks should be broadened to cover Iran’s ballistic missile program and its alleged “destabilizing” behavior in the region.

In a statement following their meeting in the Saudi capital Riyadh, the foreign ministers of the Gulf Cooperation Council group of countries said: “We call on Iran to engage in negotiations seriously.”

The officials also said they should be involved in talks with Iran and called on it not to “endanger the region” with its missile program and support for regional groups.

Iran has previously resisted efforts to add other issues to the negotiations.

Riyadh and Tehran, which cut diplomatic ties in 2016, have disagreed over a number of matters in the Middle East, including the Yemeni Civil War conflict involving Saudi-supported government troops and the Iran-aligned Houthi rebels.